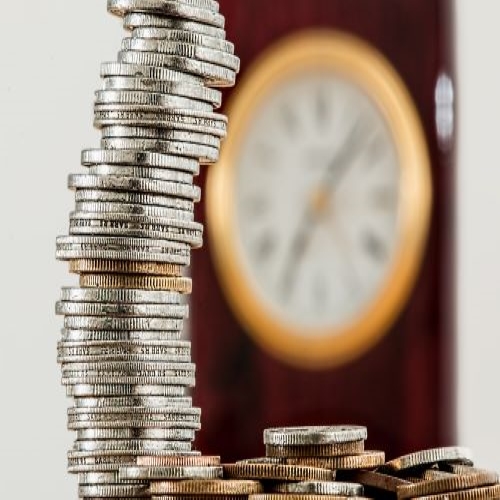 On March 27th, President Trump signed into law the CARES Act (Coronovirus Aid, Relief, and Economic Security).  This bill provided economic relief to individuals and businesses affected by the COVID-19 pandemic.  In our previous blog post, 5 takeaways from the CARES Act, we covered five of the most notable provisions.  While we won’t be able to truly evaluate the long-term impact of the CARES Act for several years, we did think it is worthwhile to examine early effects.

The Paycheck Protection Program (PPP) provided forgivable loans to small businesses that met certain criteria and used the funds for certain purposes (businesses with less than 500 employees would qualify and amounts spent on payroll costs, rent, and other critical expenses would qualify for loan forgiveness).  Who has been applying for these loans and where are most of the funds going?  This article by Bloomberg notes that businesses in states most impacted by COVID-19 (New York, New Jersey, and Connecticut) received a lower share of the first tranche of PPP loans relative to their payrolls.  Less than 25% of small businesses in New York and New Jersey received loans in the first round.  On the other hand, more than half of the small businesses in Oklahoma, Nebraska, and the Dakotas received PPP loans during the first round.  The article does note that this trend has reversed course with the second tranche of PPP loans.  Further, many companies who don’t seem to be in need of financial assistance have been taking advantage of the program, utilizing it similarly to a tax break in the IRS code.  There is an added impact of keeping funds away from those who truly need the money.  This has been met with significant push back, both at high levels of government and in the court of public opinion as some feel this provision is being abused.

Another provision in the CARES Act allowed for a waiver of the 10% early withdrawal penalty for distributions taken from qualified retirement plans such as IRA’s and 401(k)’s.  According to the CARES act, if you, your spouse, or dependent, are diagnosed with COVID-19 or have experienced adverse financial consequences as a result of being quarantined, furloughed, laid off, or have reduced hours then the 10% penalty on early distributions from your IRA or 401(k) is waived.  In this article, MagnifyMoney conducted a survey of over 1,200 Americans with a retirement account and had some interesting finds.  In their study, they found that 3 in 10 Americans have withdrawn from their retirement plans amid the pandemic.  They also found that almost half of savers have either stopped or lowered their retirement plan contributions.  Ironically, 53% of baby boomers (those who are closest to retirement) have stopped contributing.  This will likely force the delay of retirement for many people if they are unable to get back on track with their retirement savings.

The CARES Act also waived any Required Minimum Distributions (RMD) during 2020.  Despite this, of those obligated to take required minimum distributions (those age 72 and above or beneficiaries of a retirement plan) only 56% plan to skip their 2020 RMD and the accompanying year off from taxes on those distributions.  While this study is certainly a small sample size, and may not fully reflect all Americans, it is still interesting how people have reacted to the CARES act.

If you would like help understanding how the provisions of the CARES Act may affect your financial picture please contact us.

Brett rejoined Forteris Wealth Management this year and is managing our office in Dallas, TX.  While helping clients plan for retirement, education and generational asset transfers, Brett's expertise in portfolio management, managing concentrated stock positions, planning for the sale of a business, and helping young professionals accumulate wealth enables him to guide clients through their continuously changing financial decisions. View all posts by Brett Fry